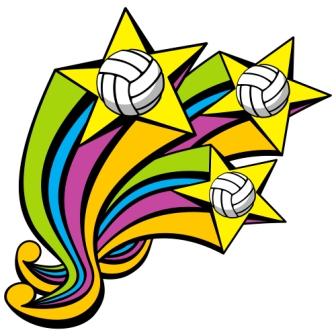 Freespirit, together with three other Freezone teams, travelled south for the Summer Slam 2013 Australia Day tournament hosted by Melbourne Spikers.  The team comprised Julias as el capitán and setter, with Higo and Clement playing outside hitters, Dion and Ross middle block, and Boris universal/setter.

Freespirit in having a “we can do it” and “never say die” attitude took the challenge by pitting themselves against the very best and competed in A Grade.  Freespirit were aspirational, ambitious and gallant in their efforts, although falling short of securing a match win for the tournament thereby placing last in the pool of six teams.

Freespirit’s first game was with sister Freezone team Ms Thailand at 8:40 am.  Ms Thailand were not playing at full speed, what with the early start and late arrival of some jet-lagged team members, but they still easily accounted for Freespirit 17/25 and 16/25.  There were some great passages of play and moments of brilliance against Justice League (19/25 and 14/25), and even glimmers of hope for a win against what became the second placed team Aces Melbourne with the match drawn 13/25 and 26/24.

After lunch The Six Machines easily accounted for Freespirit 17/25 and 15/25.  Last up Freespirit faced the fearsome, and ultimately tournament winners, Q Redbacks.  Although having a shocker of a second set, Freespirit eked out a very respectable score line of 20/25, 8/25 and 20/21 (set incomplete).

The tournament was very well run, the gymnasium welcomingly air conditioned, and the Melbourne weather did not fail to disappoint allowing us to experience all 4 seasons in the one day.  The evening presentation following the tournament at the Fox Hotel was lots of fun, and the Sydney teams met up at the Peel Hotel for a fun night of pool and dancing.  A great time was had by all.

This entry was posted in Tournaments. Bookmark the permalink.